Highlights: Sampling traditional Rajasthani delicacies for breakfast, visiting the temples and ghats of Pushkar (one of three holiest cities in India), participating in a traditional pujja ceremony, photographing the myriad of camels and holy cows walking through the market streets, experiencing a “healthy” take on modern Indian Cuisine at Honey & Spice.

There are three cities in India that are considered to be the holy cities of HInduism, and a place where one can observe traditional ceremonies and rituals that cannot be observed in any other city.  Those three cities are Varanasi, Haridwar, and Pushkar.  While Varanasi is the most famous of the Holy Cities, it is a far commute for many travelers and can be a sensory overload for the first-time visitor to India.  Pushkar on the other hand, offers a closer and more charming alternative to experiencing those same ceremonies and rituals.  With it’s white-washed buildings, bustling markets, and large camel population — what isn’t there to love about this city?

We left Jaipur in the morning and set off for Pushkar, arriving just before lunch.  We visited the only Brahma Temple in all of India (Brahma is one of the most important Hindu Gods) and had a chance to participate in a traditional Puja ceremony (religious chant).  We walked along the holy Pushkar Lake observing the religious bathing rituals of those who were pilgrimaging to the holy city.  A place on the edge of a holy body of water is known as a ghat, a place where many religious ceremonies take place.  As we walked through the ghats along the waters edge, we observed both the young and the old offering prayers, chanting mantras, and washing themselves clean in the holy waters.  Those who pilgrimage to a place like Pushkar, always wash their bodies in holy water before entering the temple.

Our afternoon visit ended with a walk through the Pushkar markets, observing many new and exciting culinary delights.  Suprisingly Pushkar is famous for it’s falafel and Israeli dishes that are rarely found in most other parts of India.  Our lunch stop (for those who had the willpower to stop shopping at the markets) was at a restaurant called Honey & Spice, a hidden gem for those wanting a break from the traditional oil-heavy cuisine of India.  The restaurant takes a modern (healthy) spin on traditional Indian food – offering delicious vegetable-heavy dishes made with all-natural flavoring and sauces.

The evening was spent traveling onto Jodhpur, where we checked into our beautiful accommodations at Kothi Heritage, enjoying delicious Indian food courtesy of Kothi’s late night room service. 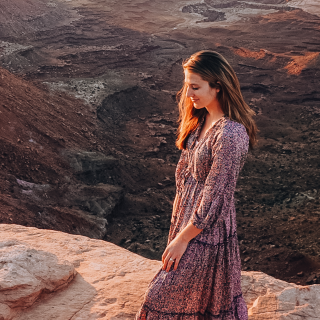